Quirt Evens an all round bad guy is nursed back to health and sought after by Penelope Worth a quaker girl. He eventually finds himself having to choose between his world and the world Penelope lives in. John Wayne, Gail Russell, Harry Carey and Bruce Cabot. With commentary by Bob Terry. 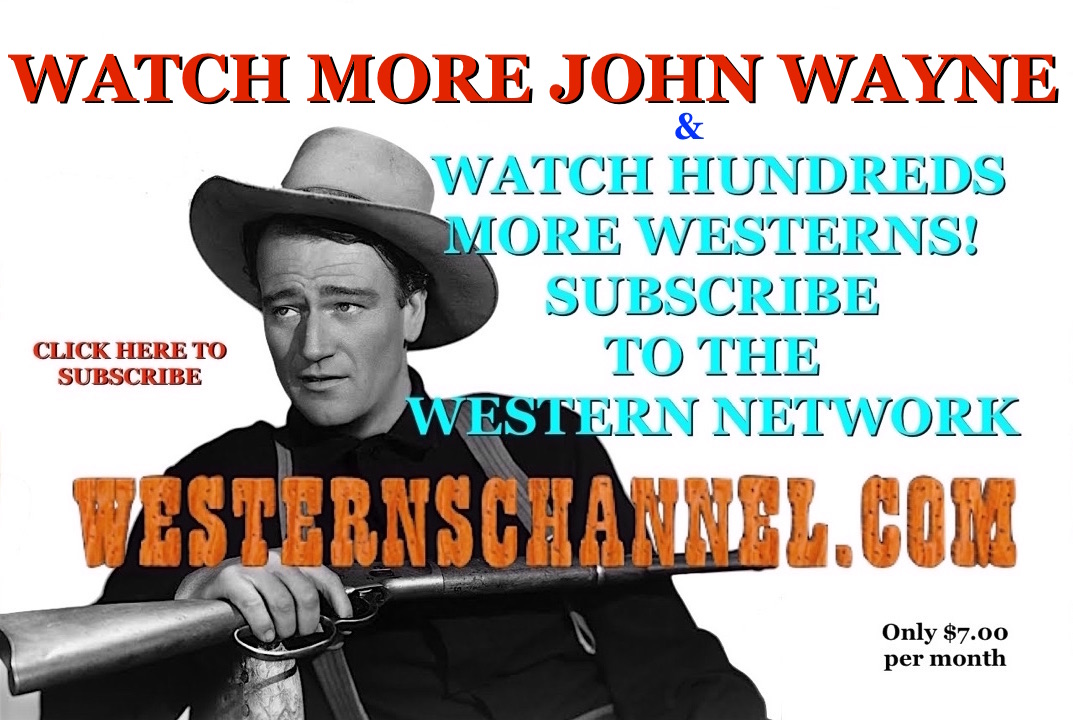 3 Godfathers is a John Wayne western we have had.

3 Godfathers is a 1948 American western film directed by John Ford and filmed (although not set) primarily in Death Valley. The screenplay, written by Frank S. Nugent and Laurence Stallings, is based on the novelette of the same name written by Peter Kyne. Ford had already adapted the film once before in 1919 as Marked Men. The original silent adaptation by Ford is thought to be lost today.
John Wayne as Robert Marmaduke Hightower
Harry Carey Jr. as William Kearney “The Abilene Kid”
Pedro Armendáriz as Pedro “Pete” Fuerte
Mildred Natwick as Mother
Ward Bond as Perley “Buck” Sweet
Mae Marsh as Mrs. Sweet
Jane Darwell as Miss Florie
Guy Kibbee as Judge
Hank Worden as Curley

A group of people traveling on a stagecoach find their journey complicated by the threat of Geronimo and learn something about each other in the process. This is where the famous loop winchester first appeared and where Yakima Canutt did his amazing stunt with the coach!

uploaded to Dailymotion
by
Mov-ie
in
2016

Legend of the Lost.

Below is the trailer to El Dorado and it does show a part of the scene with Dean Smith and James Caan.