Cimarron Strip Western TV series shows. Remember this short lived western Television series? Starring Stuart Whitman. This western series only ran originally in 1967 & 1968. There are only 23 episodes. WesternsTV has found a few online to view for free. There are 3 pages each episode is divided into sections so there is only one episode per page. To watch an episode of this western series just click on the photo to be taken to that episodes page then just scroll down until you see the videos. 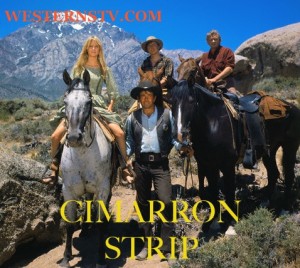 Journey to a Hanging

Till the end of the Night