Sundown Western TV series S1 E4 HAVE GUNS WILL TRAVEL. This is episode four for a classic TV style western series show, Westerns On The Web produces the Sundown web series and these are web episodes 1 through 17 put together to create half hour shows. Sundown is created in the style of Gunsmoke, The Rifleman, Have Gun Will Travel, Laramie, Bonanza, The Virginian, Maverick, Tales of Wells Fargo, The Guns of Will Sonnett, The Big Valley, The High Chaparral and so many more of those wonderful classic Television westerns that are so timeless that they still air on TV today and are still very popular 50 and 60 years later. WRITTEN & DIRECTED BY
Bob Terry. The first season Starring – Don Kay ( Little Brown Jug ) Reynolds as DOC BROWN, Moe Headrick as FRANK, Scott Mendes as JEB, Bobby Miles as BEN, R.W. Hampton as MARSHAL JIM LANE, Sam Yoder as THE KID, Kirby Jonas as GRAY, Faye Taylor as MRS. WALLACE, Johnie Terry as J.T. O’MARA, Bob Terry as BOB McLYNTECK, Jessie Robertson as Jessie Banks, Jimmy McCarley as Sheriff Buck Merritt, Kristyn Harris as Rose Waggoner, Chance Terry and Caz Wright as Cowhands. This is a complete full length western movie or series episode. Original theme song written by Chance Terry SUNDOWN available on I Tunes. Some background music, sounds and footage taken from public domain footage.

STARTING JUNE 7 OF 2013 NEW EPISODES OF SUNDOWN WILL BE RELEASED Periodically. ENJOY!

SUNDOWN is an original web episode western series produced by Westerns On The Web.
This series is being made in the tradition of the Classic late 1950s and early 1960s western television series shows episodes.
SUNDOWN –
ORIGINAL WESTERN WEB EPISODE SERIES SHOW.

Johnie Terry as J.T. O’MARA – co-Producer of SUNDOWN and co-Owner of Westerns On The Web

Fancy Dancy Dun as herself

Andrew Castille as the Dude Gambler

Johnny Hollister appears as Himself — https://www.facebook.com/JohnnyHollisterSundown?fref=ts

( With many more wonderful guest stars booked to appear! )

ON SET DRESSER
Our folks dress themselves!

Filmed on location in Texas and Kanab Utah
New Sundown episodes to be uploaded every Friday starting June 7 of 2013.

All material is protected under Copyright Laws of the United States and all countries throughout the world. All rights reserved.

We Thank God Almighty for Blessing us with the ability to do these productions. 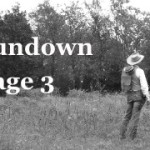